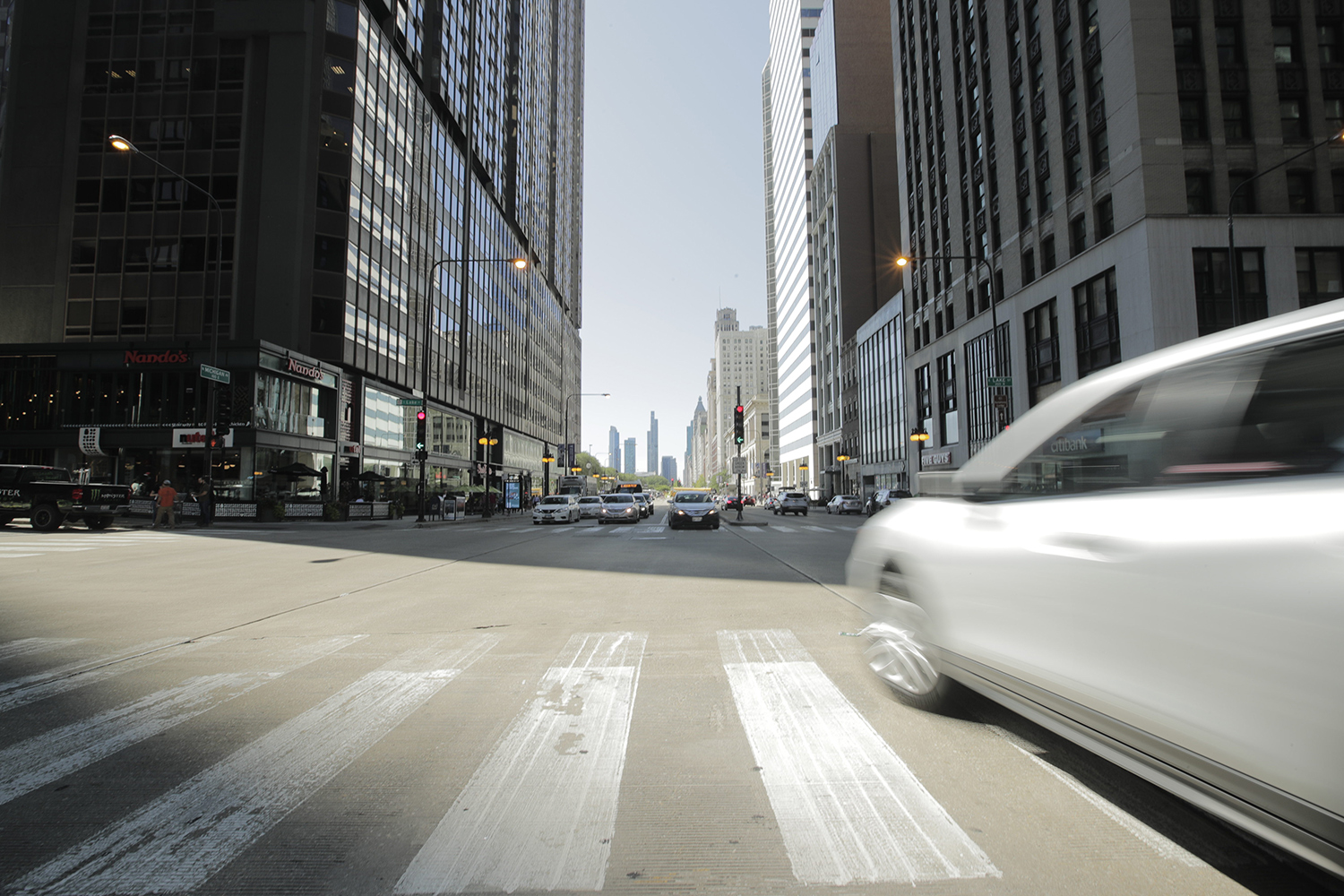 Residents of Grand Rapids, MI will see some new arrivals on their roads this month as four autonomous vehicles are introduced to the network to take passengers along a downtown bus route.

These vehicles are part of a one-year, $650,000 pilot program being run by nine Michigan companies including May Mobility and Faurecia, aiming to assess the benefits and barriers to implementing self-driving shuttles in the city. The driverless test fleet will cover a 3.2 mile bus route. Each vehicle is equipped with emergency controls and will be staffed by a fleet attendant.

Although this is a big step toward introducing full autonomy onto US roads, we know through our work with MOVE_UK (a project focused on Greenwich, London), that the road to full autonomy will be more difficult than anticipated. We highlighted this topic recently in the latest issue of our business publication, Driven.

The difficulties are due to a number of factors, such as certain road features being harder to work through than others (e.g. roundabouts) and the highly unpredictable nature of human behavior.

It’s important to remember that semi-autonomous features, such as automatic braking assistance and adaptive cruise control, have been present in vehicles for some time. But there is a big difference between features that can help drivers on their trip, and those where drivers relinquish control of the vehicle entirely, like the test vehicles due to be launched in Grand Rapids.

One key barrier to wide-spread proliferation with these kinds of projects is the question of scalability. The Grand Rapids test vehicles will operate on a limited footprint. And since vehicles are expensive to manufacture, they are only viable as a service vehicle rather than a vehicle that would be purchased for personal use.

The first focuses on current vehicles and the steady evolution of their capabilities to focus on future technology; an example of this is the introduction of autonomous features. These changes are evolutionary as they focus on adding features to the current set up of a vehicle. For example, this might include lane departure assist, adaptive cruise control, or Automatic Braking Assistance.

The second concentrates on risk-averse, paid-for transportation called “robotaxis”. Robotaxis are used in areas where there is a proven market for the mode of transportation and the environment is easy to understand, and highly predictable. A common application of a robotaxi is an airport where the vehicles can be used to shuttle passengers from the airplane to the terminal building.

These two potential areas are not the typical forms of autonomy per original industry classifications but have become more focused on the basic economics of deployments and how they may work within the current world of mobility. It is likely that these developments will overtake the autonomy debate, which currently focuses on the use of pods for shuttling people around cities and in what way full autonomy should be deployed on our roads. The future seems to be an argument about where it will be financially viable to have autonomy.

Although level 5 autonomy – where a vehicle is completely in control of itself with no assistance needed from a driver – could be achievable in the future, if it costs too much money to realize, then it may not be feasible to roll out across an entire road network. The question will then focus on how to make this technology more affordable.

As the debate surrounding autonomy continues to evolve and dominate conversations around the future of mobility, projects such as the driverless shuttles in Grand Rapids and the MOVE_UK project will provide needed insights to help all affected organizations successfully plan for this fast-moving and ever-changing future.