Getting More Out Of Telematics – An Interview With Our CEO 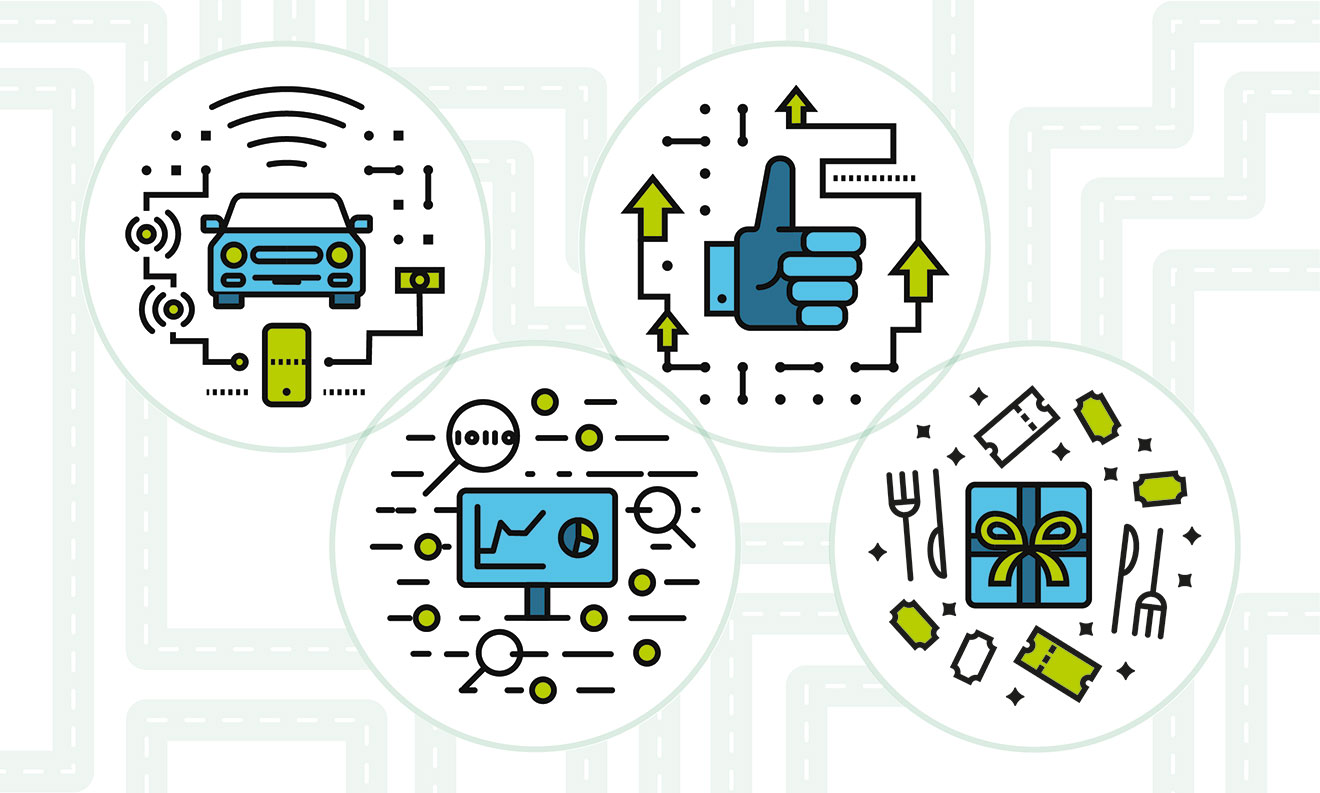 In a recent interview with leading tech journalist, Simon Brooke, on behalf of a Raconteur supplement which appeared in The Times, our founder and CEO Aldo Monteforte considered the role that telematics has played in changing the face of car insurance, as well as the impact that collating better data insurers can have on the relationship insurers have with their customers.

Insurance, especially the insurance associated with cars, vans and other automobiles, isn’t a typically interesting topic. Traditionally it’s always been seen as a chore that comes around annually and requires minimum engagement. But what if there was a way to make such insurance interesting, and perhaps even rewarding, for customers?

A growing number of insurers are realising that in order to improve their appeal to potential customers in an increasingly competitive market, as well as proving that they’re offering the best priced premiums based on the most accurate knowledge of their customers’ behaviour, they also need to offer those customers something extra in order to engage them more effectively.

Here at The Floow that’s exactly where we focus our energy and efforts. Identifying ways to make driving more affordable, more environmentally viable and safer for road users across the globe.

A mission that is achievable, according to Aldo, by pricing premiums so that they’re both appealing to customers while, at the same time, making commercial sense by collating data from the widest possible variety of sources.

He said: “One of the reasons we founded the company was that we understood that the best way to gather this data is to be device agnostic. So we now offer insurers the ability to use in-car devices, accessing the On Board Diagnostic (OBD) port or smartphones, or both. In other cases they might use devices already installed in the car and so we have a partnership with car manufacturers like Nissan, for instance, to collect data from these ‘black boxes’.

“The challenge of adopting a device neutral approach is that the scores that are generated must remain very consistent and predictive. This task is the responsibility of our Data Science team, staffed by actuaries, mathematicians, physicists and computer scientists. We also use complex but insightful contextual information to enrich that data such as road infrastructure and the average behaviour of other drivers in the vicinity.”

This wide range of data means that our insurance company clients including RSA, Europcar and Nissan, can ensure that their predictions are more accurate than others which are based on more limited data sets, often gained in isolation, without the benefit of contextual enrichment.

And according to Aldo, there is growing interest in this more comprehensive approach to creating accurate predictions and to improving client engagement in the insurance and risk management process, with the company announcing earlier this year that existing investor Direct Line Group, the UK’s leading personal motor and home insurer, as well as leading Chinese investment group, Fosun, and United Electronics Co invested a total of £13m in exchange for a minority economic interest.

“We also offer insurers white label services for their policyholders such as emergency assistance as well as education and advice,” Aldo added. “These services as well as online rewards are designed to ultimately condition the behaviour of users to encourage them to drive more safely.

“Ultimately, insurance companies need to look more widely when it comes to telematics and to think about how they gather and use the data that this technology offers as well as what else they can present to their customers to increase their loyalty and their engagement with the brand, he argues.

“With a traditional policy most customers just think about renewing it once a year when they’re asked to and then forget about it, but we’re finding that more insurers are coming to us because we can help them to not just offer a more accurate premium but to give the customer better value too, by offering services that have not traditionally been associated with an insurance policy including retail or restaurant vouchers, or cinema tickets.

“Such gifts can be tied to responsible behaviour in order to improve premiums and road safety which is good for the insurer, good for the customer and good for society as a whole.”

This interview with our CEO and founder Aldo Monteforte was featured in the ‘Future of Insurance’ supplement in The Times newspaper, published Wednesday 14th June 2017. Check out the full supplement here.