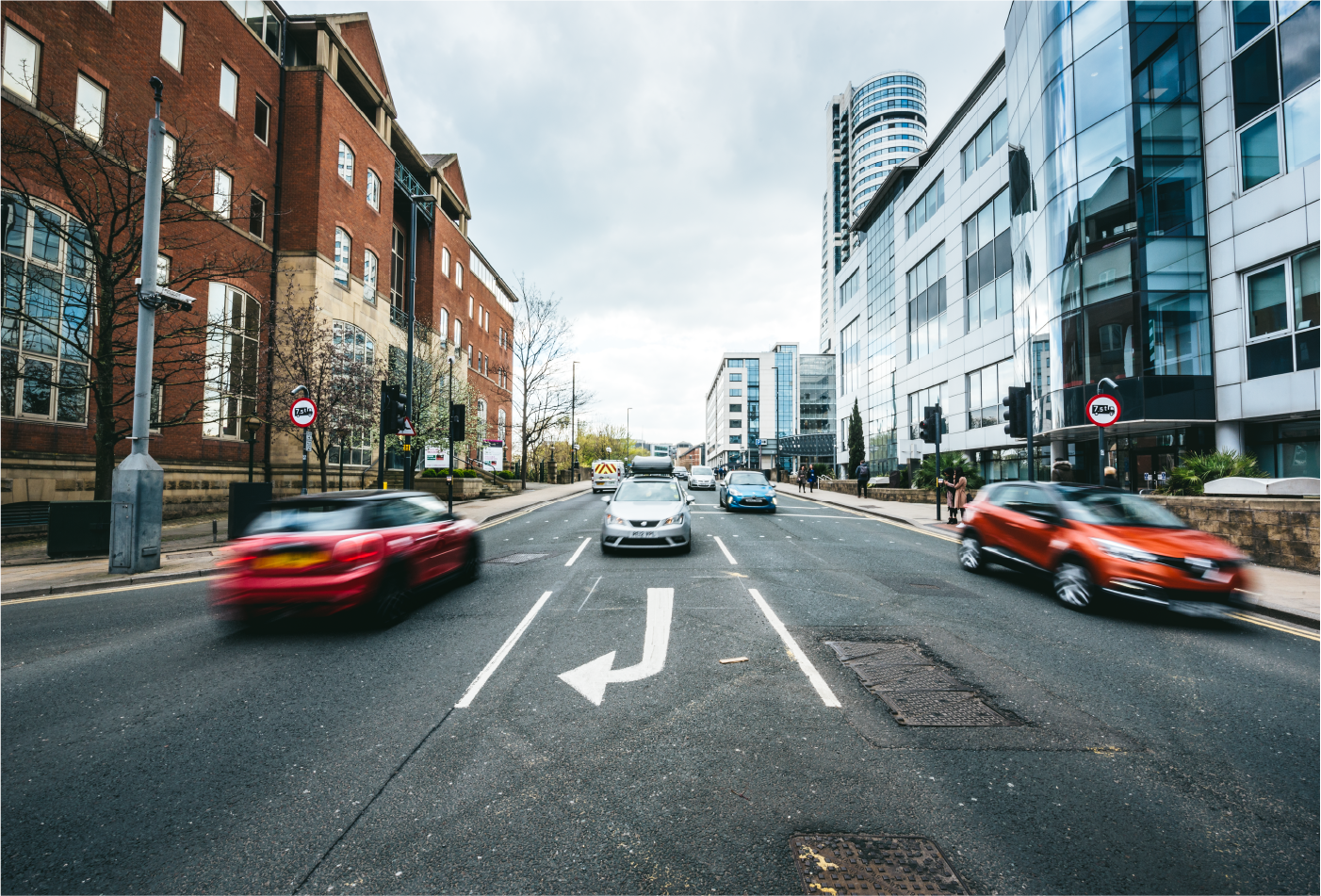 Last year we wrote about how The Floow are using MobilityIn to support low traffic neighbourhood projects.  These schemes aim to help people to make healthier travel choices through more cycling and walking, reduce the road risk on residential streets, and improve air quality. In particular, we highlighted  how our results were being used by the London borough of Lambeth as part of a process to identify common rat-runs through a neighbourhood located to the south of the Oval cricket ground. This information was used to engage the public in a constructive discussion about how to tackle those roads that carry a high proportion of thoroughfare traffic. Since then, The Floow have supplied data to more than 30 similar projects in the UK, including a further nine London boroughs.

So, how’re things going in Lambeth? The borough recently published their Stage 2 Monitoring Report  for the Oval LTN.  This report collates together the analysis of several consultancies and a variety of data sources, including a fresh contribution from The Floow.  For this work we provided a new dataset showing how cars traverse the neighbourhood in 2021, which can be directly compared to our previous analysis.

In the figure below we show the thoroughfare traffic over busy roads as measured at peak flow in 2019 (left) compared to that observed in 2021 (right). The difference between the two epochs could not be more stark. In 2019, more than 75% of traffic was thoroughfare along the main east-west routes between the South Lambeth and Clapham Roads.  By contrast, thoroughfare is now less than 25% of the traffic volume, which in turn has reduced to a level low  enough for many of the roads to be no longer considered ‘busy’ (and therefore not displayed in the image). 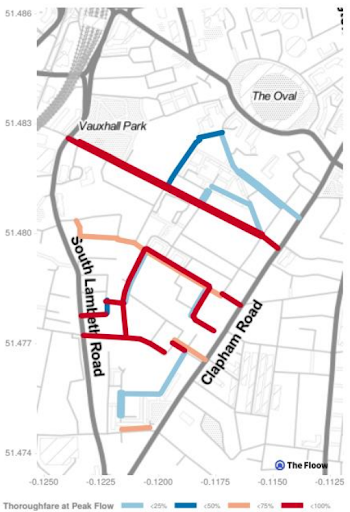 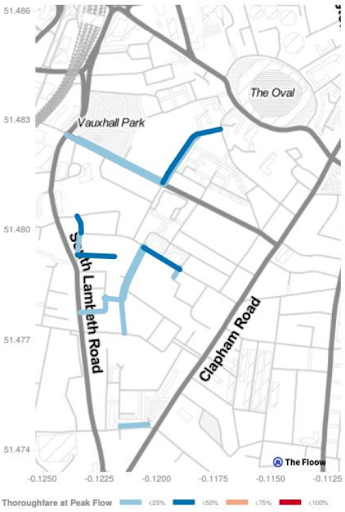 The effects of the reduction in thoroughfare are very encouraging, with cycling up by an average of 84% across the neighbourhood and up by as much as 300% through some routes.Inside the neighbourhood, all major thoroughfares have a slight to substantial improvement in air quality, as defined by the EPUK IAQM significance criteria. Lambeth are now moving to consult on whether to make the LTN permanent and to what form that might take, through the provision of more robust infrastructure, or by converting the road space into pocket parks or play areas.   It is too early to say with much certainty as to the extent to which the LTN has made the neighbourhood safer, however, studies of existing LTNs find that walking, cycling, and driving all became significantly safer per trip after an LTN has been implemented.

To find out more about MobilityIn, get in touch via mobility@thefloow.com.