A Postcard From Kenya: Accompanying The UK Prime Minister on a Trade Mission 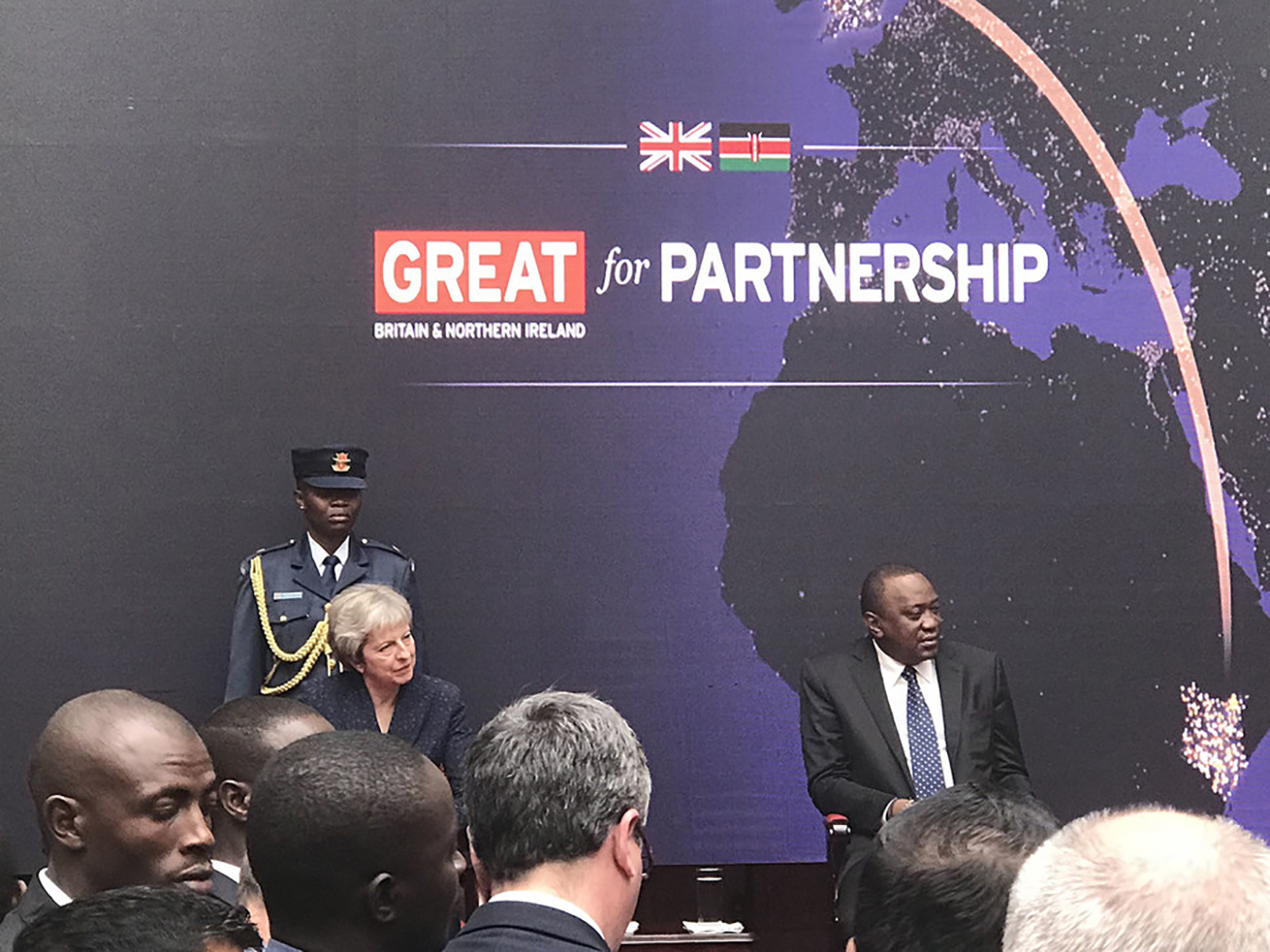 As I mentioned in my previous blogs, I was honoured to receive the invitation to accompany the UK Prime Minister, Theresa May, on her trade mission to Africa. On the first day, we stopped in South Africa where we announced our partnership with Liberty Short Term Insurance and then we headed to Nigeria where I saw for myself just how much the country is changing as a result of Chinese investment.

On our final day, we were in Kenya and it was a day full of surprises!

Politically, the Kenyan Government is very focused on its ‘Big Four’ development agenda of housing, food security, affordable healthcare and manufacturing. In all of our meetings, it was clear that these key policy areas were driving all of the political decisions in the country including what infrastructure improvements were required to support these initiatives, what financial instruments could be best leveraged to deliver results and how fintech could be used to underpin the changing demands of the population.

One of the most exciting and interesting story I heard was with regards to the country’s mobile payment system, M-PESA, which was established in 2007 and is one of the world’s most advanced and extensive payment platforms. Around 28mm of Kenya’s 46mm total population are registered on the system of which 19mm are active users. Every day, they process around 16mm transactions and 50% of all payments, of any description, pass through this system.

In many ways, M-PESA has been responsible for a huge change in the populations financial inclusion. In 2007, only 23% of the population had any form of bank account and over the past decade this has increased to around 78% of Kenya’s population.

I think for The Floow there is an interesting challenge. Without doubt, the first financial instrument that any individual requires is a bank account as it enables the ability to receive and make payments and this is what M-PESA does so effectively.

However, following on from this is the desire to protect hard owned assets, such as a car, and other possessions which develops the market for simple motor and other asset protection insurance. In Kenya, motor insurance is compulsory and it appears from research that the profitability of this sector is challenged by competitive price pressure.

This all begs the question, is it possible to disrupt the market by leveraging the M-PESA system to reach Kenya’s financially included population and use telematics to provide insight into the risk profile of drivers that the insurers are seeking to cover. If there is anything I learnt in Kenya, it is that I think there is more work to do here.

Our day in Kenya ended with a State Banquet at which President Kenyatta and Prime Minister May spoke eloquently about our countries’ shared history and future desire and commitment to work together. The whole evening was rounded off with a short concert by a local choir which evoked so much of the Africa we had seen over the previous 3 days.

My time in Africa was eye-opening and inspiring in many ways and it gave me so much to think about and bring back to the team in Sheffield and Detroit. It is clear that Africa is a key market which is currently undergoing rapid development. Thank you to the Prime Minister and her team for inviting The Floow on this wonderful trip to Africa.