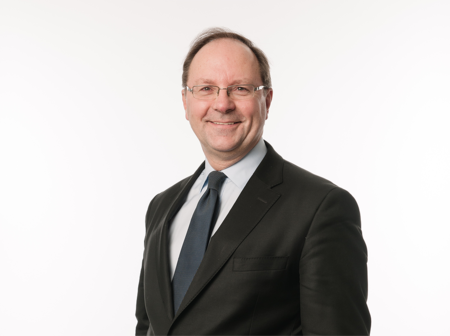 He brings with him more than 30-years’ experience working in a myriad of business development roles for some of the country’s most recognised brands – both in the business to business and business to consumer sectors – including NatWest Bank, Marsh, British Gas, and Goldfish Bank.

The Floow, an established UK-based business which operates without geographical boundaries and works with leading global insurers including AIG and DLG, said the move would help them realise their ambitions for growth both in existing and new markets.

The latest announcement follows a string of recent business developments for the company, which last year built on its relationship with Direct Line in the UK, and launched telematics-based products with a number of blue chip clients in Canada, Ireland and the US – including the country’s leading roadside assistance service provider AAA.

Mr Peters – who held several roles at British Gas over a 10 year period including Interim Managing Director, and was formerly executive committee member for Centrica – said he is ‘looking forward to the opportunities’ that are ahead for The Floow as the business continues to ‘push beyond the existing markets that are associated with telematics technology’.

The Floow’s CEO, Aldo Monteforte, said: “We are delighted to welcome Ian to the team and excited to take advantage of his expertise in order to help us continue to move the business forward – both here in the UK, and on an International basis.

“With experience working for some of the country’s leading organisations it is fair to say that he brings with him a ‘big business’ mentality, as well as experience running smaller challenger businesses. As The Floow continues to lead the way when it comes to innovation within the industry – exposing limitless opportunities along the way – this mind-set will prove invaluable.”

Mr Peters also holds a number of other advisory roles, including acting as a non-executive director for Central and North West London NHS Foundation Trust and non-executive Chair of British Gas Services Limited.

He said: “The Floow has developed an impressive reputation within the telematics and wider technology sector since it was founded, and it continues to identify new and exciting ways to utilise the technology and the unrivalled expertise within the organisation to best effect.

“I am very much looking forward to working alongside the management team as they take on the challenges that go with starting to operate in new product markets such as pollution, as well as new countries – particularly China.”

Earlier this month The Floow was revealed as one of the driving forces behind a project that will enable autonomous cars to function more in line with human behaviour – working alongside Bosch, Jaguar-Land Rover, Transport Research Laboratory, Direct Line and the London Borough of Greenwich.