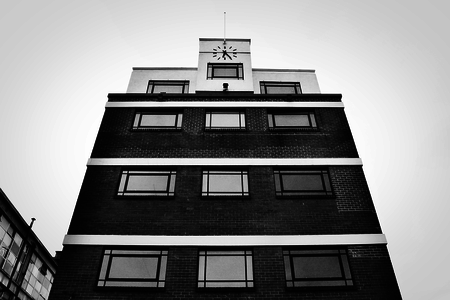 Sheffield MP Paul Blomfield is set to visit our art deco headquarters in the Steel City this month, after hearing about The Floow’s success and international growth.

We currently work with the Direct Line Group in the UK along with global insurance carriers in North America, Latin America and Europe and are continuing to expand across Europe, Canada, the USA and China from our base in South Yorkshire.

Mr Blomfield will be meeting our 30-strong Sheffield team, made up of experts in their respected fields, later this month as part of his ongoing campaign to champion the importance of SME’s for the local economy in Sheffield.

Mr Blomfield was Chair of Sheffield Labour Party for 15 years until 2009 and was elected as the new Member of Parliament for Sheffield Central in May 2010.

Before becoming an MP, he spent most of his working life at Sheffield University, most recently undertaking the role of General Manager of the Students’ Union with responsibility for 800 staff and an annual turnover of £11 million.

In Parliament Paul is the Shadow Secretary of State for Communities and Local Government, the Parliamentary Private Secretary to Hilary Benn and also sits on the Business, Skills and Innovation Select Committee.

The Floow are delighted that Mr Blomfield will be paying a visit to our offices, marking the end of a very successful year for the team.

This summer we secured a 15% equity investment from the Direct Line Group Plc, who we currently provide with smartphone applications and analytics for their DrivePlus systems.

The investment from DLG, along with recent business wins has led us to take on additional new members of staff, which included hiring former apprentices into permanent positions.

We look forward to welcoming Paul to our headquarters and sharing with him our recent achievements and plans for 2015.

Find out more about Paul and his role in Sheffield on his official website. You can also follow Mr Blomfield or The Floow on Twitter to keep up with the latest industry news and updates regarding the visit.