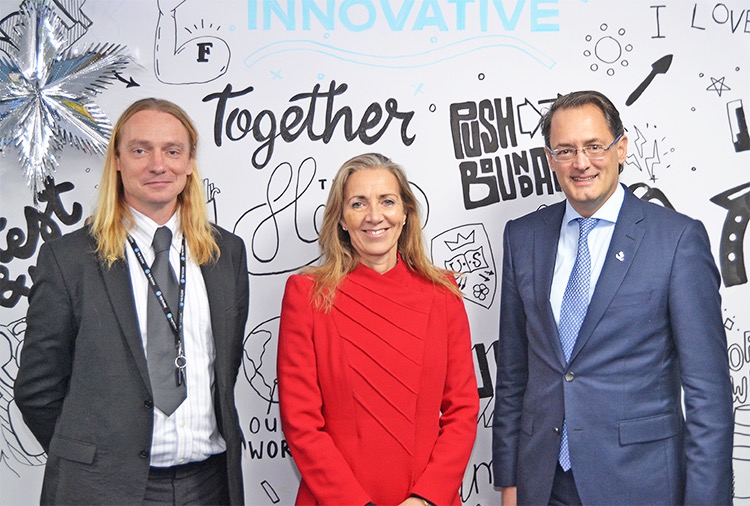 The Floow, a world leader in Telematics innovation, has welcomed Baroness Rona Fairhead, the UK Minister for International Trade, to its new Sheffield HQ to discuss how UK companies can succeed in achieving international expansion.

The visit comes after a period of rapid growth for The Floow, fuelled by £13m in equity investment received in March 2017 from a group of investors led by China-based Fosun group. In September, The Floow opened its first North American office, with a new site in Detroit, USA. This US site will support rapid expansion in that market, where telematics is growing rapidly as an insurance and fleet proposition. The company also has operations in China, which is an exciting market representing huge growth potential.

Baroness Rona Fairhead, Minister for Trade and Export Promotion, said: “I was delighted to visit The Floow on my first visit to the Sheffield City Region as Minister for Trade and Exports. The company is an excellent representative of the region on the world stage as demonstrated by their rapid expansion in the US and the Chinese investment they attracted earlier this year. We stand ready to help UK companies – large and small – to build their businesses for exporting.”

Rachel Clark, Director of Trade and Investment at Sheffield City Region, said: “It’s fantastic to see the success that The Floow are deservedly enjoying, and even better that this success was recognised by the Baroness in her visit today. The Floow are a great example of the excellence in creative and digital industries that we have here in Sheffield City Region, which is contributed to by factors such as our super-connected location and collaboration opportunities with two world-class universities.

“It’s a very exciting time for the city region in terms of trade and investment, and we’re working more than ever on expanding into new international markets while also attracting inward investment from across the globe. I hope many other companies go on to grow and thrive as The Floow have done, and we will support them every step of the way.”

In welcoming the Minister to The Floow, Chief Executive Aldo Monteforte, commented: “We’re delighted that Baroness Fairhead chose to spend time with us today in our Sheffield HQ. As we approach our sixth birthday, it’s fantastic to reflect on how far we’ve come. The Floow has achieved rapid expansion across the world. We now have customers in five continents, supported by more than 100 people in our global team. Despite our focus on expanding our international relevance, we’re proud to call Sheffield our home. Sheffield is fast-developing as a centre for excellence in data science and the quality of highly skilled people we’re attracting to work with us is helping to fuel our growth.”

The Floow moved into a new campus building in The Wicker in Sheffield City Centre in September 2017. The Floow is a proud recipient of the Made in Sheffield Mark, and has won a number of awards for innovation, including the 2016 Queen’s Award for Enterprise.