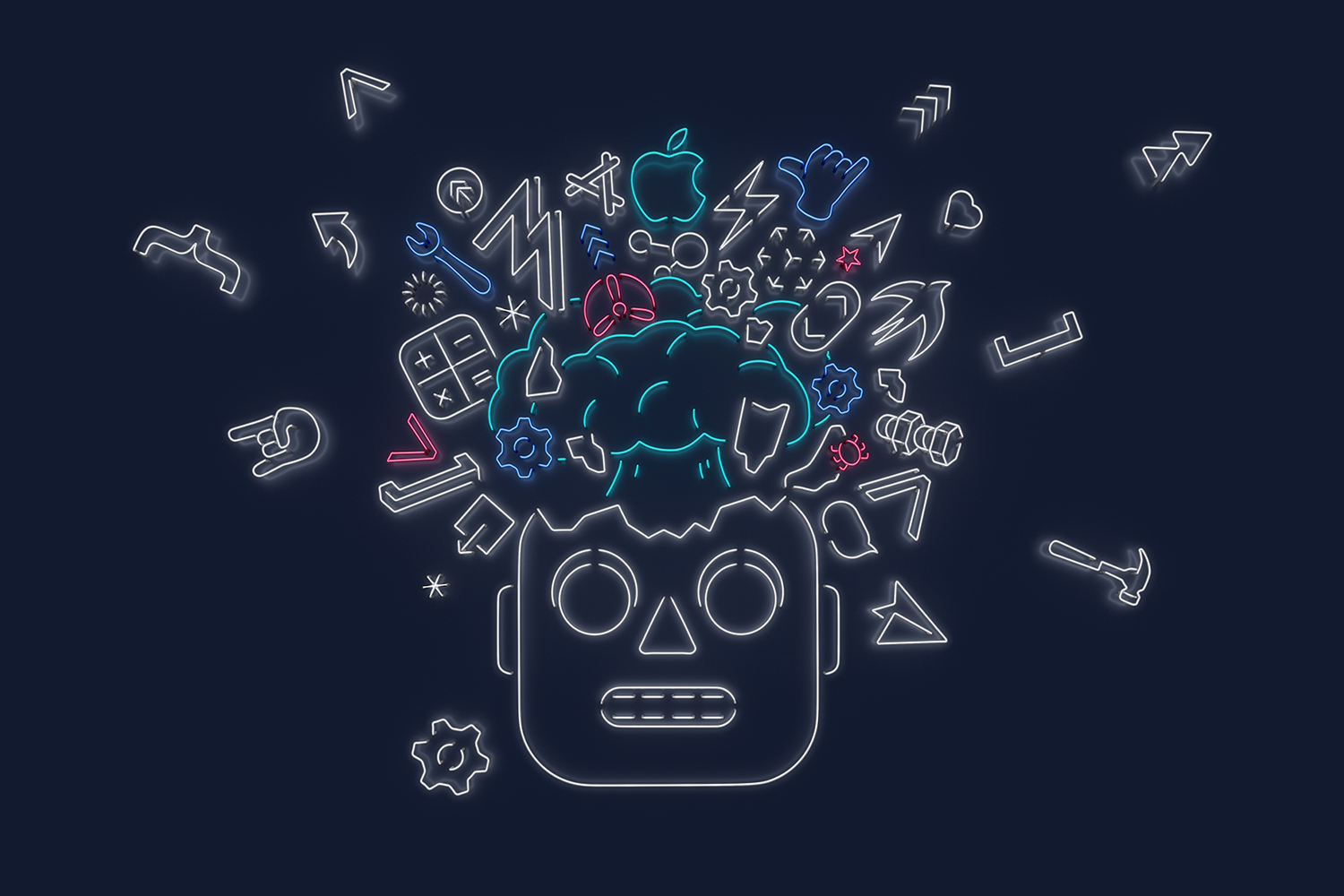 During the first three content-packed days at WWDC, I had the chance to listen to some interesting, informative and inspiring talks from a number of speakers. I also got to speak to Apple developers and get to grips with the enthusiasm of the conference staff. More on them later!

After blagging a lift to the conference with a couple of French app developers (who’ve created a number of apps including one to compare fuel prices), it was straight into the sessions. A particularly interesting one was the oddly named ‘Introducing Combine and Advances in Foundation’ which turned out to be a very popular talk.

Combine is a technology which is useful for when one thing relies on the state of another. This session covered a number of other subjects, notably useful ways for representing relative times and lists in foreign languages. After catching another talk on this topic later in the afternoon, I think this is something that we’ll likely adopt in our apps.

A goal for my team this year is to improve our test coverage and reduce the time it takes to get apps through QA. The next talk focused on testing and it introduced me to a new feature called Test Plans which should make it easier for us to run automated tests over multiple configurations, such as testing our apps in different languages.

I also had the opportunity to test our apps in Dark Mode on the iOS 13 beta release and though I was pleasantly surprised with the results, we have some work to do on this. Finally, I attended a session on building binary frameworks, which is something we already do to speed up builds, but the session covered a new way of doing this and it could be useful as a different way of delivering the iOS component in FloowKit, our mobile SDK.

A Final Observation from Day Four

At lunch, I saw a guy with a ‘Hello World’ tattoo in a mono-spaced font. For non-techies, Hello World is the first programme you write when you start learning programming languages.

After another packed day, it was back to the hotel, bumping into the French app developer guys again on the way. This evening it was the WWDC party, affectionately known as ‘The Bash’…

The Bash turned out to be a rock concert performed by an act called The Wheezers. Street food and drinks were available and around the perimeter were glow in the dark games including pool tables, ping-pong and extra-long foosball tables. Lots of fun!

By the final day, I’m just about getting used to the enthusiastic conference staff. They have endless energy, clapping and high-fiving at every opportunity as well as dancing to the music that is constantly piped through the halls (a playlist on Apple music). They’re so friendly and helpful. Amazing!

The conference is visibly quieter today, perhaps casualties of the bash or people wanting to get back to their families for the weekend, but there was still so much to cover. The first session I attended focused on getting the most out of the simulator which we use to speed up app development. It was a useful session where I learnt some new ways to use this for automated testing.

Over lunch I checked into the Core Location lab to ask some questions and put in feature requests to help us improve journey capture, which I followed with a talk on measuring performance providing me with some ideas surrounding how we can measure component efficiency and use these tools in FloowKit to gain trust with developers using our SDK so they can see we’re writing efficient code.

At a session on CoreBluetooth, I learnt that Standard Bluetooth devices and Low Energy devices can now be connected in the same way, which could be useful for connecting to in-car devices. At the final session of the conference, I found out more about measuring app launch time and how it can be improved through a new measurement tool which looks at what’s happening during app launch, making it easier to discover issues.

When leaving WWDC for the final time, I was greeted with the sight of a sea of conference staff, clapping, chanting and of course, giving high-fives. It was my final evening in San Jose and after spending most of my evenings in San Pedro square, a slightly hipster area of the city, I wanted to check out the downtown area where I had a really good chat with a developer from Canada about the past week and how beneficial it has been.

Before my flight home, there was time to enjoy a much needed American breakfast. I found the perfect place not too far from my hotel where I observed some interesting breakfast choices such as steak, eggs and a side of four sausages!

At the airport, I got chatting to a guy who teaches iOS to under represented groups. What he’s doing is extremely interesting and I told him to send some of his graduates our way. You can check out his work here.

Overall it was a very busy week; I listened to over 30 hours of content as well as attending some of the labs and forums. Apple put on an amazing event and every session was slick with something for me to take away from almost all of them.

Although this was my first WWDC, I’ve watched many videos from previous years and this year, the sessions seemed shorter but they were much easier to digest and the quality of the speaking was much improved, providing me with a great learning experience.

It seems that there were a few key themes which ran throughout the conference including SwiftUI, Dark Mode, Apple sign-in, Privacy and App Performance. Over the next few months, me and my team will be catching up on all the talks and focusing on areas to address before the iOS 13 launch in Autumn such as changes to location authorisation, added Bluetooth permissions and design changes that need addressing for our apps in Dark Mode.

In case you missed them, you can check out part one and part two of my blogs from Apple WWDC.