Keep to the Code: 3 Year Driving Study Shows Road Danger Caused by Unsafe Manoeuvres From Drivers ‘Cutting In’ at Speed 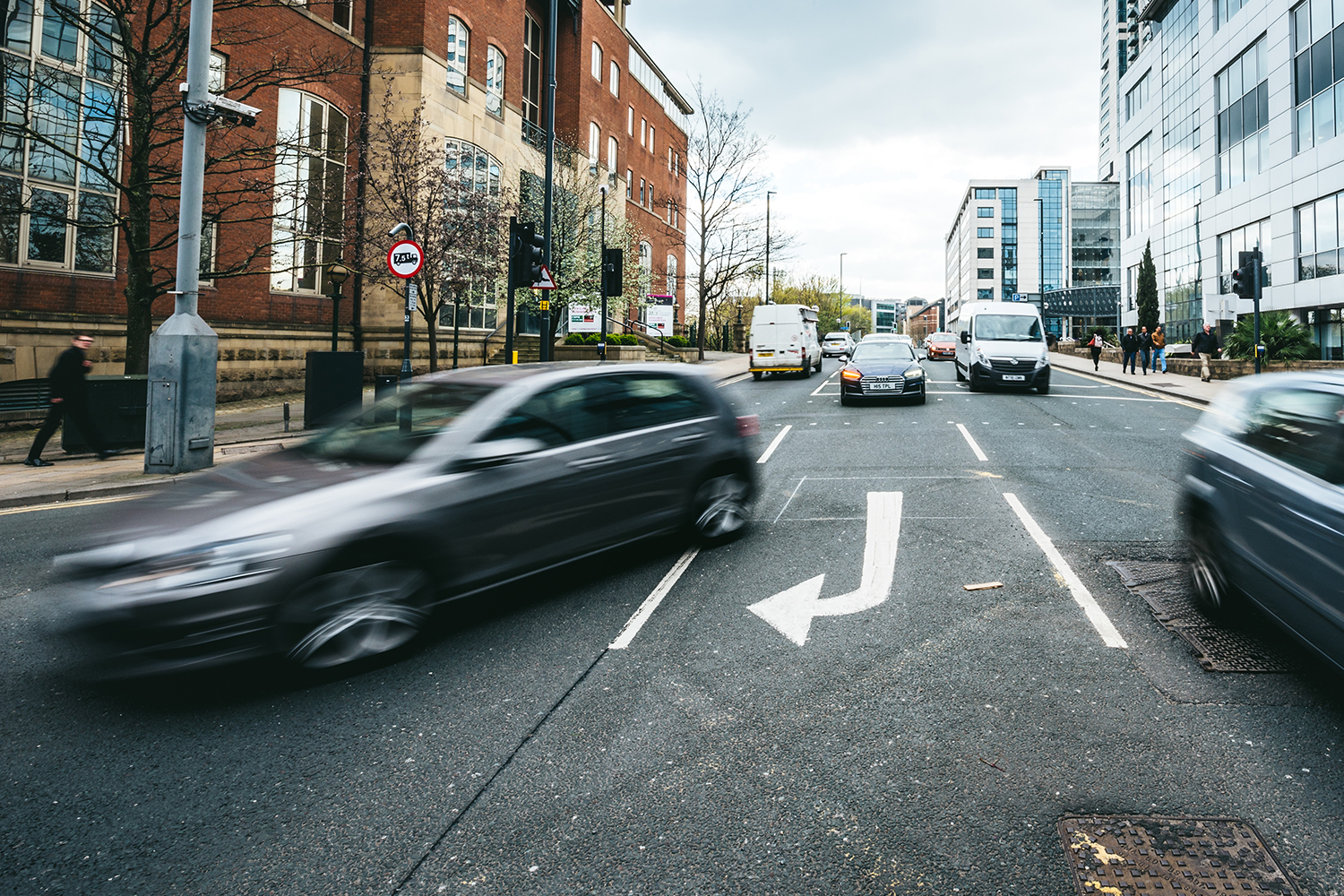 Rule 126 of the Highway Code makes it clear enough. It is a legal requirement for drivers to maintain a safe distance – or ‘headway’ – between themselves and the car in front – usually equating to a minimum ‘two second gap’. Failure to do so is a major contributor to road accidents in the UK, particularly in wet and icy conditions when stopping distances at least double.

But evidence from the analysis of three years of driving data completed as part of the MOVE_UK study has revealed that a worrying number of UK drivers fail to keep a reasonable gap between the cars in front and behind when ‘cutting in’ or changing lanes. This behaviour results in drivers having insufficient time available when it comes to braking to avoid potential collisions.

MOVE_UK is a three-year study which monitored driving behaviour in and around London’s Royal Borough of Greenwich. As the data partner on the project, The Floow analysed more 8,500 hours and 100,000 miles of driving, equivalent to more than 60 years worth of driving experience.

The results were alarming:

The Floow’s data paints a starker picture than the UK Government’s statistics which suggest that the majority (74%) of cars and Light Commercial Vehicles, and 66% of motorcycles, travelling on motorways left the recommended two-second gap between themselves and other vehicles. “By their own admission, DfT’s data comes from a very small sample size, so the MOVE_UK study is one of the most extensive ever completed to illustrate this problem,” commented Dr Sam Chapman, Chief Innovation Officer of The Floow.

“Adhering to the Highway Code isn’t optional. It’s a legal requirement to maintain a safe distance between yourself and other vehicles and the guidance on this is ‘the 2 second rule’. In fact, by driving at higher speeds you’d need more than 2 seconds to stop safely and avoid a collision,”

“Because cutting in dangerously close to the car in front is rarely enforced as an offence, many drivers have developed some very bad habits. Though UK accident statistics are not available for this behaviour as a specific cause of collisions, the MOVE_UK findings would suggest that dangerous manoeuvres and tailgating has reached epidemic proportions in the UK. And without time to brake safely, accidents will happen.”

In order to tackle the problem, The Floow is calling for more awareness and vigorous enforcement against dangerous tailgaters, supported by new regulations to enforce the use of connected car sensors that are able to detect this type of dangerous behaviour.

“Technology that’s included in most new vehicles includes camera or radar sensors which are able to detect the distance in front and in some cases also behind a vehicle. Legislation that comes into force as early as next year will require every new vehicle in the EU to enable technology to accurately judge distances between forward vehicles. Dashcams can also do this. Importantly, drivers need to start taking control and adhering to the rules that have been in place since the 1970s. You’d fail your driving test if you cut in without leaving a safe gap. Our research demonstrates that drivers need to respect safe distances throughout their driving years, not just when they’re taking their test. Awareness campaigns, such as the Highways Agency ‘Space Invaders’ campaign, focus on surfacing the issue of tailgating and dangerous cutting in, but more must be done to draw attention to the problem.”

Advice for Drivers on Assessing Gaps and Stopping Distances

Drivers are advised to think about stopping distances as thinking distance (i.e. your reaction time) plus braking distance (i.e. the time it would take to bring your vehicle to a stop). The faster a car is travelling, the longer it takes to stop, even if your car is equipped with features like ABS. Travelling at 40mph vs 30mph adds an extra 13 metres (more than three car lengths) to the distance it takes to come to a stop. When you are preparing to cut in to a gap between two vehicles, pause to think about the gap you will leave ahead and behind your car; it may not be possible for the car behind to brake safely and avoid colliding with you.

Sometimes it’s difficult to assess the gap between you and another vehicle. You can estimate this by looking at a roadside object and counting the seconds between the vehicle in front passing it and you passing it.