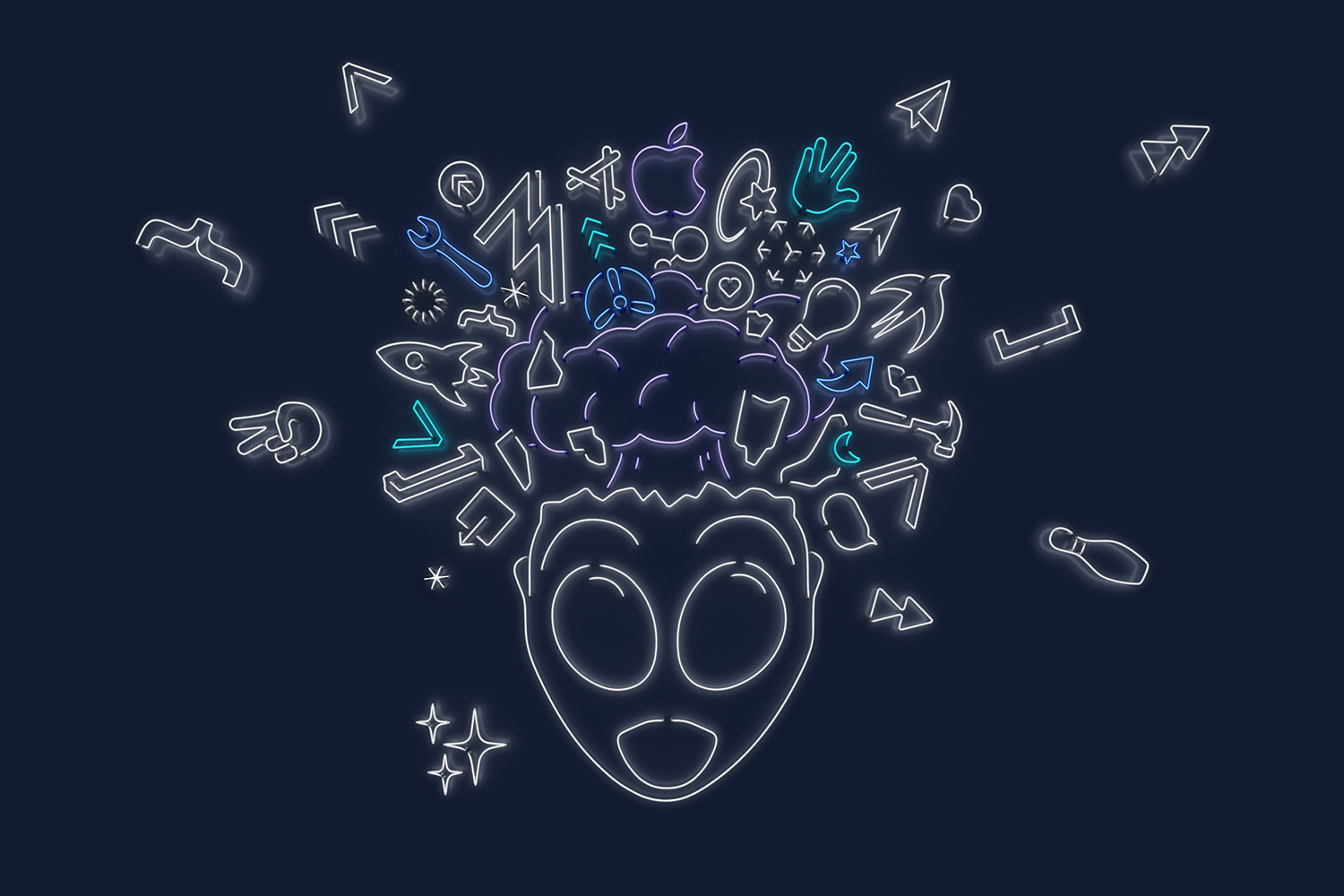 WWDC is the Apple World Wide Developers Conference, colloquially known as ‘Dub Dub’. An annual event that is a chance for developers around the world to get together to learn about all the latest software and hardware from Apple. I’ve heard lots about WWDC, and have always been curious to attend the event and experience it for myself.

It was going to be a long day! I woke around 7am (an uncivilised hour for Sunday) and caught the busy 9am train to London, followed by an even busier tube to Heathrow. After a nice lunch, I headed to the gate to board the plane and after a three hour delay, due to a baggage cart ‘interacting’ with the cargo bay door – resulting in engineers consulting with Airbus for approval to fly and nearly having to swap planes – I was on my way to our first stop, LA.

I barely managed to sleep during the flight, but I did get to watch a few enjoyable films before arriving at LA airport at 10pm local time (6am UK time). Unfortunately, I was greeted by airline staff telling me I wouldn’t be getting my connection tonight and was handed hotel and meal vouchers. I finally arrived at the hotel at midnight (8am UK time) and with my connection now at 7am the next day, it meant I wasn’t going to get much sleep!

The original plan was breakfast and then get to the conference centre in plenty of time for Tim Cook’s keynote speech at 10am. But I was still in LA, not San Jose where I should be, so this wasn’t looking likely.

After a 5am shuttle to the airport and a fairly painless check-in, the flight left on time arriving at around 8am local time (4pm UK time). Amazingly, this gave me enough time to check-in at the hotel and get to the conference centre, but only just!

With three minutes to spare, I was running up the steps to claps and high fives from the outgoing conference assistants. Only in America! Nevertheless, I made it in time to the main hall of the conference centre which is huge – able to hold 5000 delegates and with floor space the size of two football pitches end to end.

The keynote was more like a theatrical show and was certainly a unique experience. Lasting two hours, Apple CEO, Tim Cook, opened and closed the keynote and invited others to cover the immense range of content they had to offer.

The keynote mainly covered the consumer side of things and introduced new OS features and new hardware, using all imaginable superlatives to describe them. Big crowd pleasers included Dark Mode on iOS, iPad OS and a new, pretty pricey Mac Pro that looks a bit like a cheese grater.

More specific to The Floow was the announcement of enhancements to Apple Maps and more background alerts for location to enhance privacy for users as once again, privacy was a big theme throughout the conference.

In the coming days, I’ll have the opportunity to find out more about these features and other announcements which could affect our products including an Apple sign-up feature which could be used to speed up user registration and a big change to Swift which could simplify how we build UI’s going forward.

I’m sure the team back at the office will have spotted a few more interesting things to discuss and consider over the coming weeks as well.

After the keynote, it was time for lunch and unlike other conferences I’ve attended, I was pleasantly surprised to discover breakfast and lunch were covered and being America, the portions weren’t small! With a long break until the next talk, I started to put together my thoughts on what I’d heard so far and made a start on installing the iOS 13 beta.

Next up was the State of the Nation address which is presented in a similar way to the keynote but this talk is aimed specifically at developers. Throughout, they embellished on much of the content from the keynote and there was a lot more on the SwiftUI updates as well as showing some really cool feature improvements to the Xcode editor. They are very late to the party with these updates, many of which have been in other IDEs for years, however Xcode shines in its interactivity with UI.

There was a lot more on the changes to location with users being given much more control over when an app uses the phones location, meaning telematics service providers such as ourselves will need to ensure we are really clear about our use of location so users don’t switch it off.

There was also more on the Sign-in feature, a big focus on accessibility and some things which could be useful to us, including possible hooks into Siri shortcuts.

One thing really made me laugh during this panel though. Many years ago, when I was working in video games, a friend of mine invented a game where the player made animal noises at the phone. They showed something very similar to this at this talk as part of a demonstration of their machine learning. Some ideas are not that new after all!

After a short break, it was time for the Apple Design Awards where many of those that won were from the games industry with the presenters noting that apps in this area have been considered by Apple to be very good examples of app design. This is another area of useful material to share back with our UX/UI team.

After a packed and interesting couple of days, it was time for some food, a beer and a really long sleep…

Make sure you come back to this blog over the next week or so, to discover more of my thoughts from this year’s Apple WWDC.